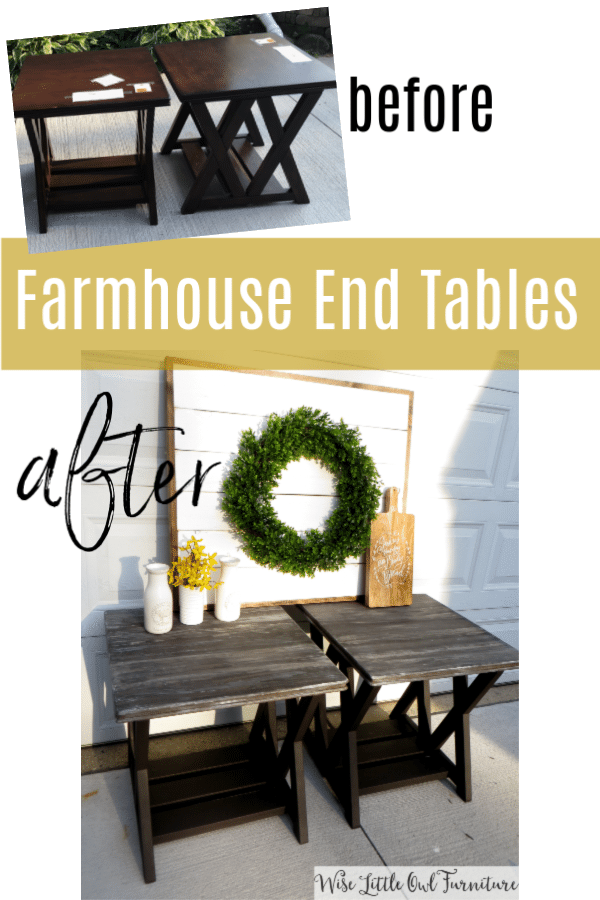 Today’s project is the story of how 2 end tables had a farmhouse shape, but not a farmhouse finish.  So, of course I had to help them fulfill their destiny and reach their full farmhouse potential.  How many times can I type farmhouse in one paragraph?  Hmmm… 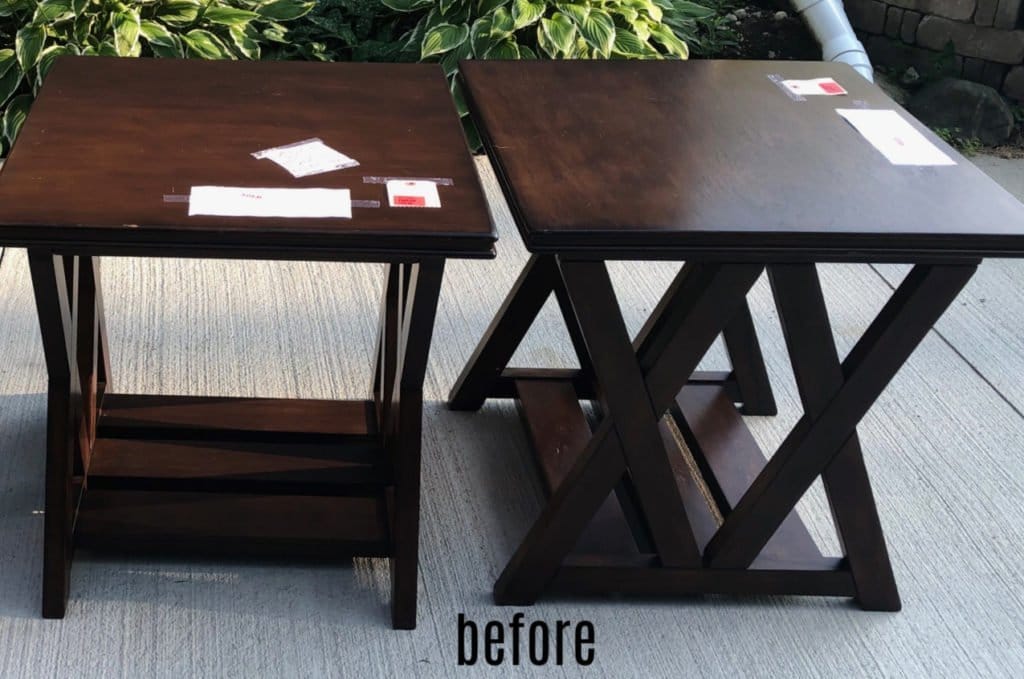 I found this matching set of tables at St Vincent de Paul.  They cost a little more than I typically spend, but I loved those X bases and thought they really fit my style.  They didn’t require any repairs, just a good cleaning.

I painted the tops in one coat of a medium brown color called Chocolate.  I knew I’d be adding multiple more colors to create a faux wood grain barn wood look, so this was a good base.  For the legs I used a darker brown, called Coffee Bean.  The Coffee Bean mostly covered in one coat, but I did a few touch-ups where needed. I did demonstrate the graining process on a Facebook Live, which you can see here, but for those of you who learn better from reading, I’ll explain the process.

I used this little wood graining tool from Dixie Belle. Using a chip brush, I  painted on a water-based gray stain called Up in Smoke, as well as a light brown paint called Putty.  I spread and mixed them a little bit, but didn’t fully blend them.  Going in sections as wide as my tool, I pulled and rocked the tool from one end to the other in the wet product, keeping it straight like a piece of wood would be.

To switch up the appearance, sometimes I would start on the left side and sometimes the right side.  The more you rock it, the more wood “knots” you make.  I also like to wipe off the graining tool after every pass, so it continues to pull a consistent amount of paint.

To add some authenticity, when the graining layer was dry, I dry brushed on a little bit of warm white Buttercream.  With a chip brush lightly dipped into the paint and brushed off onto a paper towel, I pulled very lightly in a straight line from end to end.  This gave a bit of a highlight to the grain, like real barnwood. 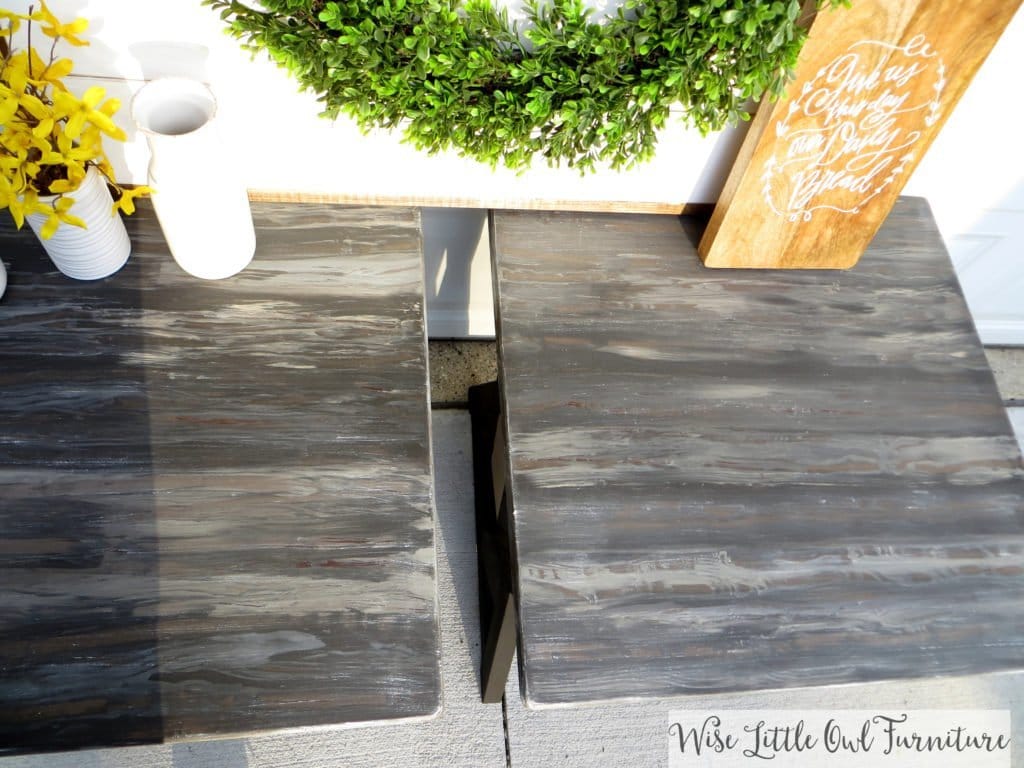 Since Dixie Belle paint is self-sealing and will fully cure and harden after 30 days, I opted not to seal the legs.  I sealed the tops for durability, using Howdy Do Hemp Seed Oil.  First, I gave them a very light sanding with 220-grit sand paper.  Then I applied the oil with a chip brush, and let it soak in for a bit.  The wood takes in whatever it needs, and the “extra” remains on top.  I wiped back the extra with a shop towel.  The Hemp Seed Oil cures fully in 21 days, so it will be water resistant and durable.  Plus, it’s such an easy way to seal dark paint colors.  You don’t have to worry about streaks! Here are the products I used for this project:

(These are affiliate links, for which I may earn a small commission, at no extra cost to you.)